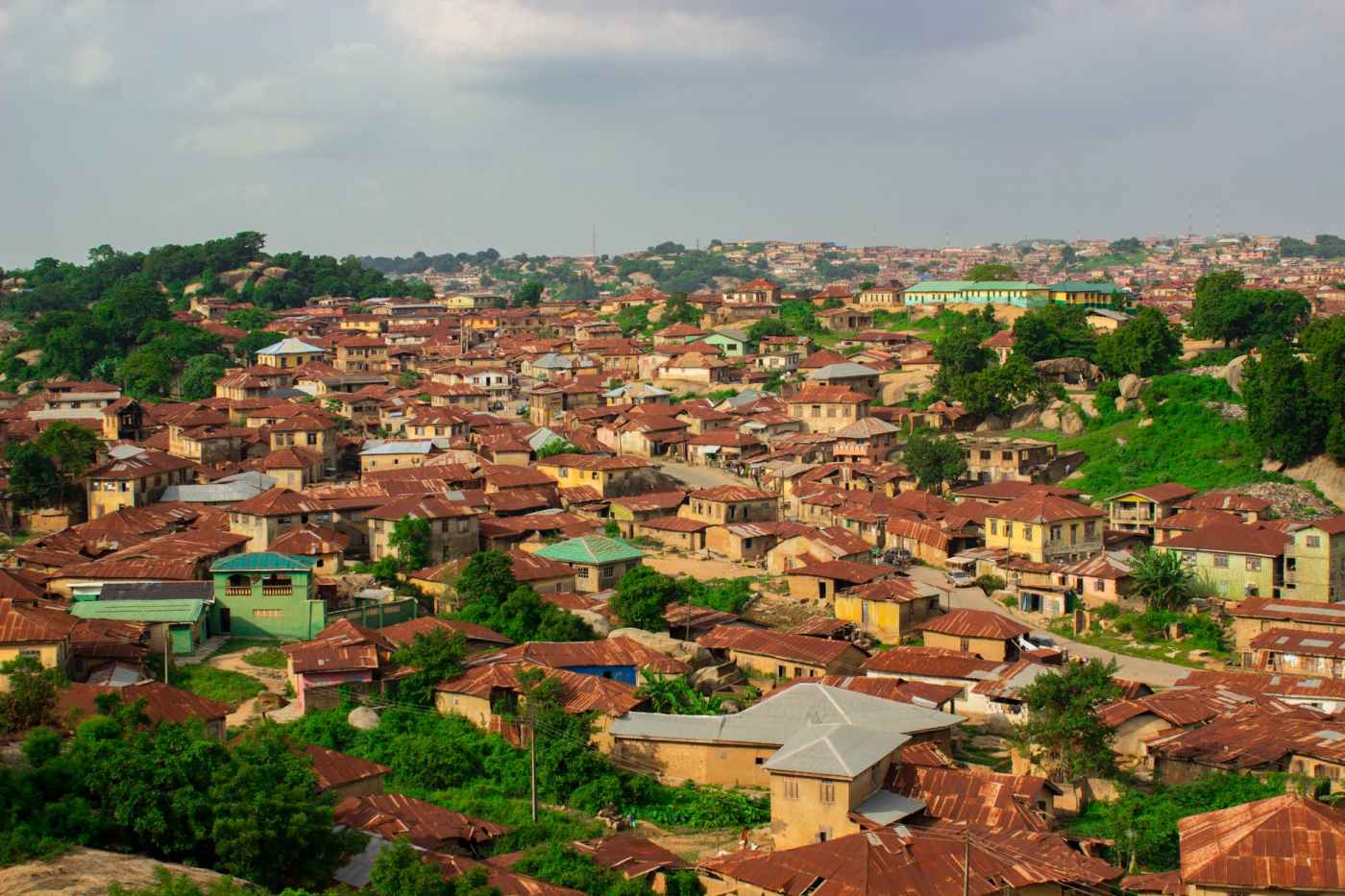 The practice of inheriting a wife as part of the disbursement of a dead man’s valuables served a purpose. That of ensuring no vulnerable women and young children are left unprotected by a male member of the extended family.

Widows of the deceased man who do not have mature living sons – who, as such could then be entrusted with their mother’s and younger siblings’ welfare – are ‘inherited’ by his closest male relatives, barring the sons. Brothers, full then half, cousins, nephews, and uncles younger than the dead man – not uncommon with the prevailing custom of polygamy, older men taking younger brides, and women having as many children as their bodies could produce – are assigned the affected widows in this order of familial closeness.

And as with most customs that serve the greater good, there are policing practices that checks anyone who threatens these norms – however valid their grievances may be. In Jilete, a woman may choose not to ‘marry’ the male relative of her dead husband assigned to her, but she would have to forfeit her place in his family. She would be expected to move out of his house, out of the iga if she was not from that agbole, originally, and move back with her own people – if they would have her. She would give up the primary care of her non-mature children to whomever in the family they are assigned to, although she would get to see them daily, of course – village life being what it was. Yet even this was dependent on the goodwill of the guardian, who could choose to keep the children too ‘busy’ with chores to see their mother too often.

More than this, though, was the gauntlet of female disdain any woman who chose to flaunt the custom would have to run. From a respectable position as a married woman whose place was well defined in society, a woman such as this – quite apart from the societal disruption her defiance threatened – suddenly became a loose cannon, a possible matrimony prospect for their men. And who wanted such a woman as co-wife? Age-old female approbation was probably the most daunting deterrent to women thinking of stepping outside the lines of acceptable norms, no matter the detriment to individual women.

As must surely have been expected, most women in Jilete, especially those with young children accepted their lot.

Abibatu Abeke was not a woman to leave her lot to chance, or the whims of Lasisi’s male relatives. While she didn’t think they could make her leave her house, and it was acknowledged in the village as hers rather than Lasisi’s, she had no intention of giving up her son involuntarily. Nor was she giving up the status she had gained in this village, one undoubtedly enhanced by marriage. But neither did she intend to end up with any of her late husband’s brothers, many of whom she’d heard scuttle-back of their advice to Lasisi to curb her trading activities and very independent streak. Of course, it would be foolhardy to expect to find a man like her late husband twice in one lifetime, and in the same family no less. Yet, she could not abide the thought of being saddled with a young man who was just starting his life. It had taken most of her mourning period, but she had eventually settled on one of Lasisi’s cousins.

Ramonu was several years younger than her, still considered to be in his prime the way men often were, long after their female contemporaries were deemed middle-aged. Already in possession of a home, one wife and two young children, he was generally well-liked, known to be affable and kind to everyone. He had always treated her with a respect that was ungrudging, unlike some other men of the village. More importantly, he was ambitious, growing a lucrative business of owning several trucks from his humble beginnings as a truck driver for Aduke’s husband, who was also a distant cousin of his. He would surely see the advantage to having a woman like Mama Raufu as a wife.

So, on the forty-first day anniversary the death of Lasisi Ayinla, a day after the lemamu had held special prayers for the repository of his soul and the saara* of massa* had been eaten by all and sundry in Jilete and the neighboring villages, every one of the deceased’s moveable valuables – including his three wives and fifteen children were gathered. And in the cramped front room of the olori ebi’s recently completed brick bungalow, strategically located smack dab in the middle of iga, surrounded by the huts of their clan, their fate was decided.

Lasisi’s two oldest, mature, sons and the young, still-single nephew who also got his youngest wife had inherited proportional shares of his farmlands. His second wife, and mother of said oldest sons, the young bride Abeke had sourced for her husband another lifetime ago, got to keep her hut and vegetable farm, as befitting her status. Despite her relatively young age, she didn’t have to marry anyone unless she chose to.

Mama Raufu and her son went to Ramonu.

Thereafter, the distribution of personal effect felt anti-climactic, just some clothes and farming tools. Like most villagers, Lasisi did not have much liquid assets. His wealth had been in farms and sons, his family and the good name he bore in his community. Nevertheless, what little there was shared amidst his younger children, in care of their respective mothers. Eyitayo’s share was all of pon maarun – ten naira in the new Nigerian currency. The unions would not commence until four moons and ten days had passed – at some point, the lemamu had won that consesus from the village – but that was just formality, anyway. Once the olori ebi spoke, everyone’s fate is sealed.

Unlike some families that made a spectacle of themselves, haggling over the metaphorical body of their kinsman for his leavings, Lasisi’s ending was very dignified. Everything was just as expected, after all, and no one was disgruntled. No one even wondered on the uncharacteristic visit Mama Raufu made into the heart of the iga the night before the inheritance meeting, after the merriment of the forty days’ remembrance. She had just come out of mourning, after all, and she obviously had people to see, what did it signify if the olori ebi was one of them?

Life went on, as it often did, especially for Eyitayo. For him, the entire mourning period had been more significant for the disruption to his life – his and his mother’s – than the loss of the father whose presence in his life had been peripheral. Once it was over, his life went back to what it used to be – school, mosalasi and ile-kewu, (although in all honesty, that was becoming less regular as he took on more responsibilities at home and fell into his own life as growing boys tended to) and helping his mother set up whatever she needed for her trade and her plantation. He also took to hawking small quantities of the kolanuts, from the rejected crops that didn’t meet her exacting taste, selling them for token coins to the villagers and the truck drivers and their passengers at the truck stop.

His mother supported his industriousness, as long as it didn’t affect his studies – that, according to her, was his primary obligation. But as long as his schoolwork was done beforehand every day, and he continued do well at school – and yes, she came to school every month to check with the school masters – she indulged me by giving him some kolanuts for his little business. Eyitayo enjoyed her proud surprise when he showed her how much he had saved from his early morning and evening hawking at oja ale, even with his occasional indulgence in the new sweets that the traders brought for sale from Eko.

‘Eni bini laa n jo*,’ she would often remark to anyone listening for days afterwards. ‘My son has the markings of a remarkably successful man.’

By the time Eyitoye moved to Ota to live with his uncle and attend secondary school, not quite three years after his father’s death and a week after the ikomo* of his new baby sister, he had saved a tidy sum which he insisted his mother used to complement the expenses for this new venture. More importantly, he had learned the habits that would serve him well, probably for all of his life, but especially in the trying years of living in a deprived boarding house style house his uncle set up for schoolboys from the village whose parents wanted them to have a shot at the predicted lucrative future awaiting the educated elites of the new nation.

He kept his head down and studied as hard as he could. His natural gregariousness soon formed him alliances with the other boys – with him emerging a clear pack leader. He continued his trade – mostly kolanut, bitter-kola and sweets – on the side, careful that his uncle didn’t find out; the money he made going a long way to keep him from starvation. It was remarkably easy to get away with it, given the benign neglect that was his uncle’s guardianship style.

As long as the boys attended school, evening lessons at the house, and the mandated religious services – church every Sunday, dawn devotionals at the hostel on every other day of the week, without fail – and were in by sundown, they were left to their own devices. As his nephew, Eyitayo got no special treatment. The relationship was not even acknowledged save for the last name they shared but given that most of the village boys also had the newly adopted surnames, often their collective clan names, no one found it unusual. Names tend to lose significance when they were wont to change in this rather non-communal setting where no one really knew you, not your family; tour clan, your history; like they did in the villages. The first thing every boy was stripped of on admission into the house was his Muslim name. Then they were given a baptismal/ Christian one by Master.

Although Eyitoye’s mother resisted his uncle’s attempt to add an oyinbo name in his papers, insisted that he stuck with Eyitoye Akanji, the boy had chosen to go by his middle name all through his five years in Ota. And upon the start of the long vacation after his penultimate year, before returning to Jilete, he had appeared at the courthouse and sworn an affidavit. He claimed his proper name – Liadi Akanji Lasisi as his official name -adding his Muslim-identifier for the first time ever and swore his age to be eighteen. Based on his mother’s tale, he had been born during the first rainstorm of the year, so he chose a date in the month of May, and his year of birth was calculated from his class at school.

A year later, when he left his uncle’s care, heading to the teacher’s training college in Badagry, Liadi was determined that no one would ever be allowed to strip him of his name or religion, his very essence, again.

Saara – a practice where food, in this case maasa (a type fried snack) is distributed as a form charity/ good deeds for a dead person.

ikomo – naming ceremony, usual held on the 8th day of life for a newborn in Yoruba culture